“Try Before You Buy” Solar From Generaytor via Virtual Solar Roofs

The documented savings for people who go solar are enormous. Solar power is surely now saving millions of people billions of dollars. However, generic studies regarding solar savings and even building-specific projections of how much you can save aren’t enough for some people. Generaytor may have a solution for those who need a little more convincing. The company started off by offering its service to IKEA customers in the UK (solar panels are sold at IKEA there), but it has now expanded its service to web users the world over.

So, compared to other solar savings projections that companies like 1BOG (with whom we have a partnership) and Cost of Solar (for whom I write) offer, what’s so unique about Generaytor?

“With Virtual Solar, users get a live simulation of their savings, powered by actual data from solar systems of nearby community members,” Generaytor writes. In other words, rather than using entirely generic inputs + your home’s specifics, the service also utilizes the solar data from houses in your area. Additionally, it lets you look at how solar would theoretically perform on your roof in real time.

As they say, it’s “try before you buy” for solar… or something close to it.

Of course, this wouldn’t be possible without solar homeowners getting on board and joining Generaytor’s Virtual Solar community. “Generaytor’s Big Data engine processes actual solar power samples from individual homeowners who have connected their solar system monitoring to the community. It then adjusts the data to fit Virtual Solar users’ specific roof characteristics. The company’s personalization algorithms take into account factors like roof location, size, azimuth, pitch, shading, and local electricity rates and available solar rebates. Because Virtual Solar runs on nearby, actual data, it automatically and continuously accounts for weather and intensity of sunlight.” 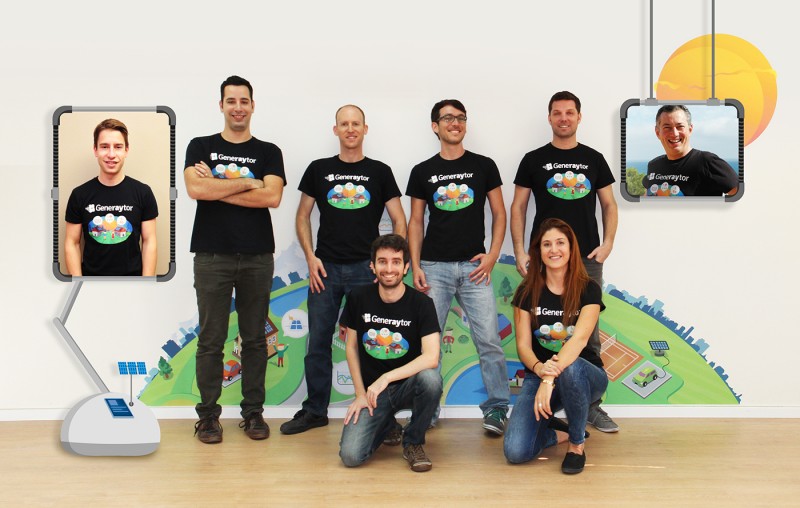 The community aspect of Generaytor goes a little beyond that, as well. Community members can get feedback and advice from others in the community who have already gone solar. While not as enticing as the Virtual Solar simulations mentioned above, this could actually be the most useful aspect of the Generaytor community… if the community is very active and diverse.

Furthermore, Generaytor lets you see how your solar system is performing compared to your neighbors’ systems. That could certainly offer a bit of fun. 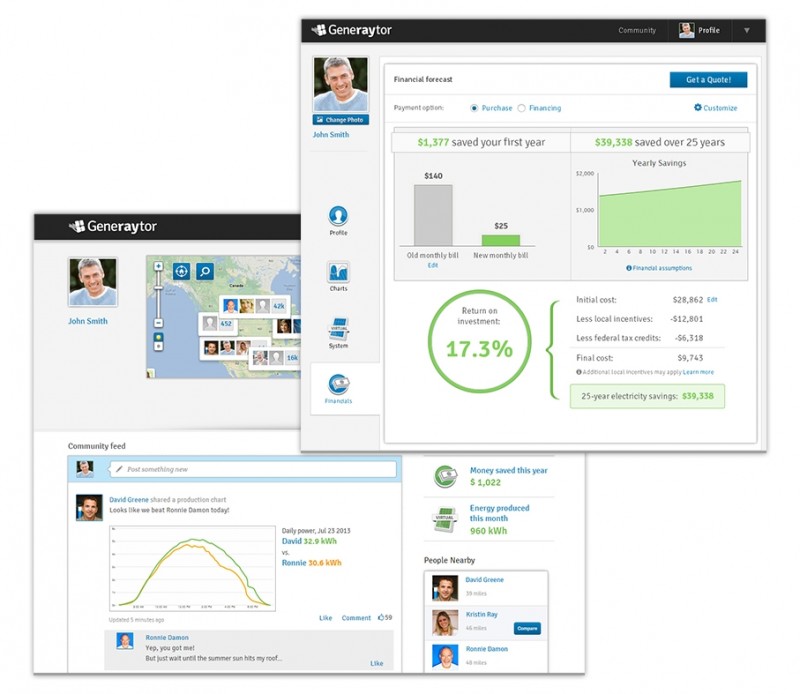 Naturally, with solar power costs at record lows, solar power growth is booming, but there’s room for a lot more of that. I’m happy to say that Generaytor looks like another good effort to make people more aware of the benefits of solar and to help stimulate the rooftop revolution.

You still have to decide which are the top solar companies and top solar panels for your situation. But that’s not as hard as it sounds, and if you need a bit of help with that, let me know — I’m happy to offer my completely unbiased opinion on that matter. 😀

To close out, here’s a fun infographic from Generaytor: